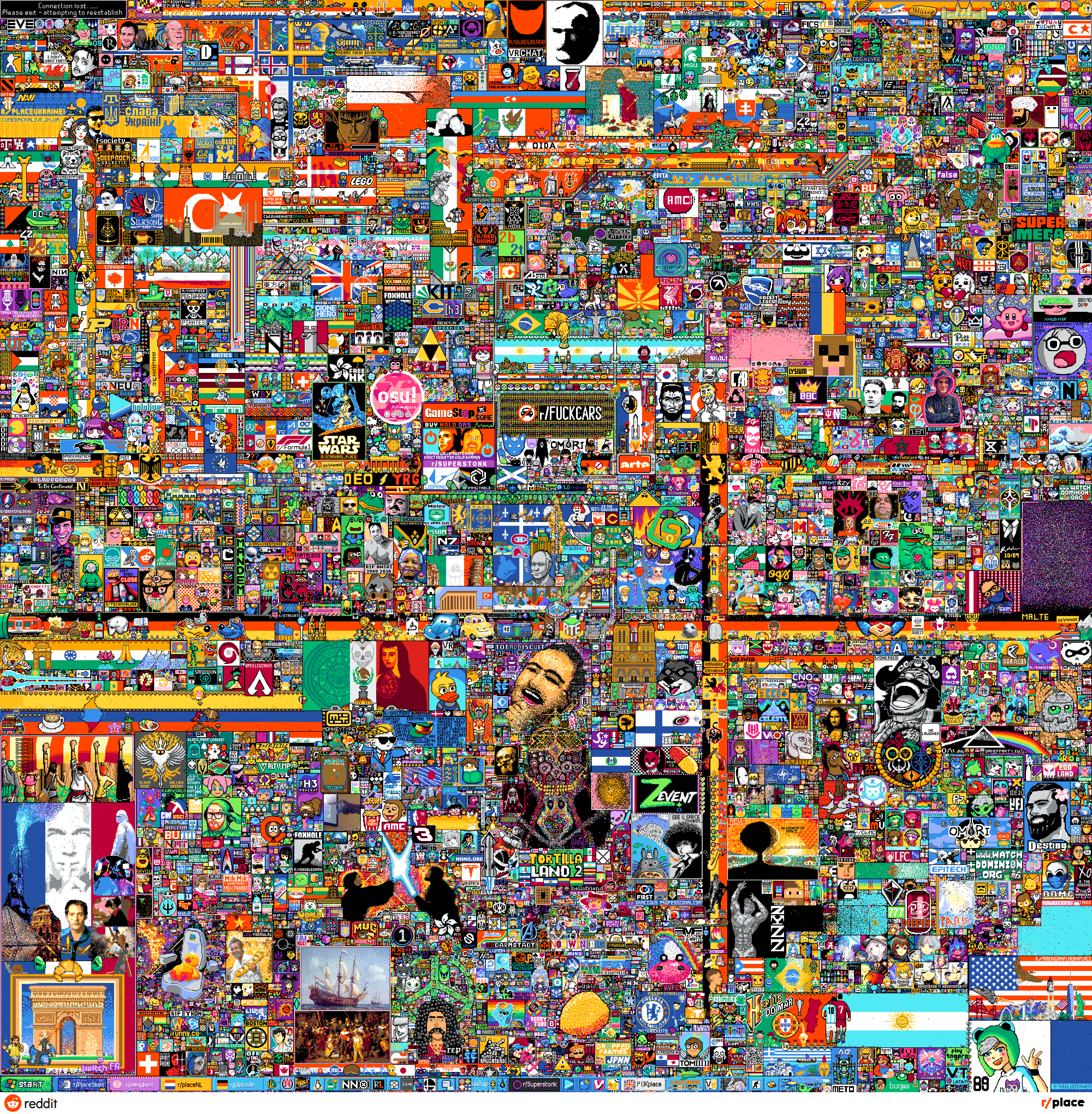 If someone does not know what is this: During April Fools' day, Reddit launched r/place, an interactive image where any user can put a pixel wherever he wants every 5 minutes. The first edition what in 2017, the second this year (with a larger size). And it was fun because there was a competition between the whole France streamers community (who decided to use a big portion of the lower left part of the canvas) and a coalition of Spain(Rubius+Ibai), canada(xQc) and USA(mizkif) streamers (who just wanted to destroy this specific part because "France, this is too much for you

In a few Words: it really was like Avengers Endgame. And France won

!
Fun fact: one of the Spanish streamer personnaly paid for a script/bot and called the BTS community to help him (gigantic fail by the way, French viewers overloaded the script!), and accused the whole French community of using bots (it was juste a layer system to help anyone to see where to put correctly a pixel by using an image as reference, we had to put a pixel normaly with the limitation of 5 minutes per users).

Ahhhh, so much things to tell ! I am proud to have been part of this project ^^.

One last things: here is the French part of the map with all references : 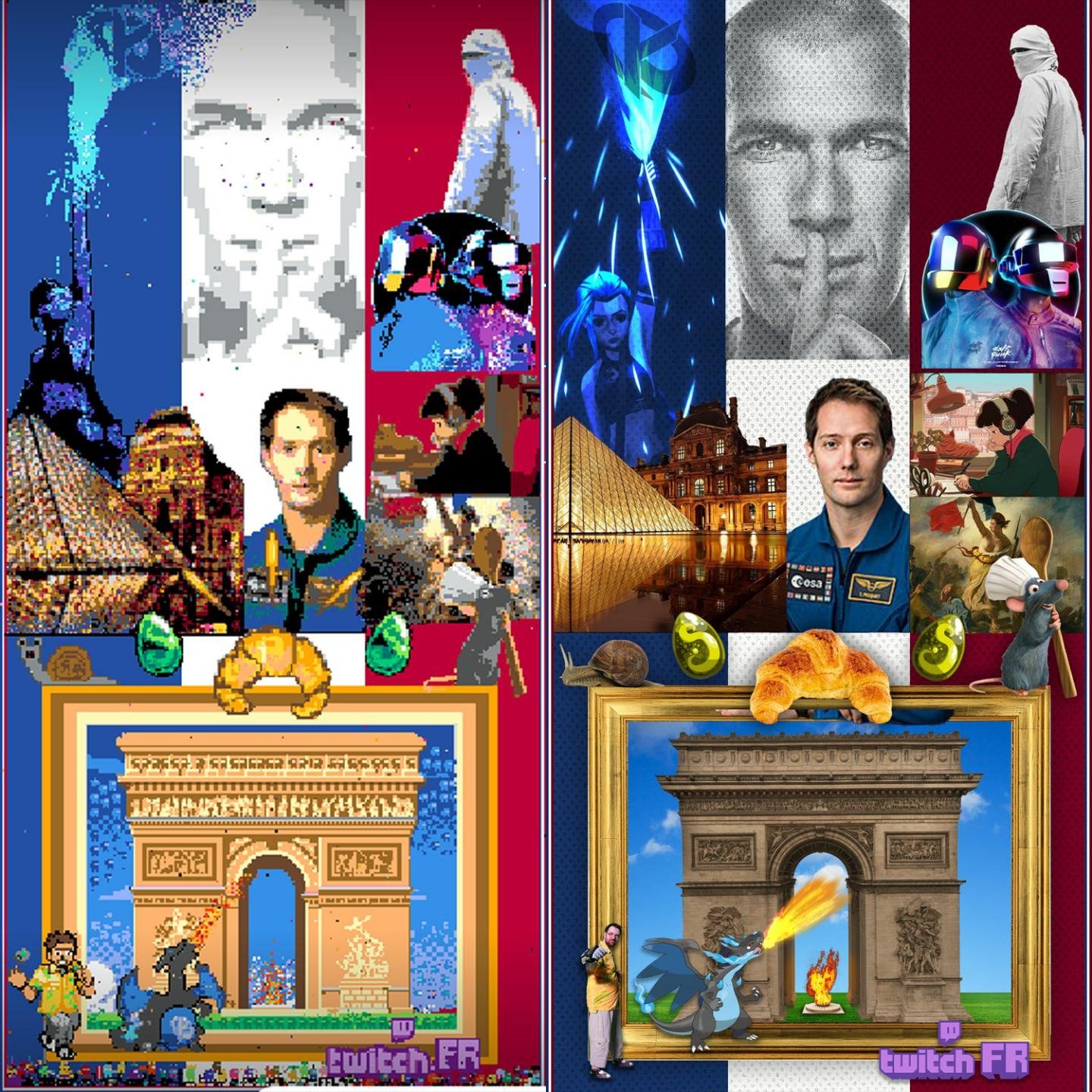 Who is that at the top? It almost looks like a young Zinedine Zidane, but I’m not familiar with the picture.
The follies which a man regrets the most in his life are those which he didn't commit when he had the opportunity. - Helen Rowland, A Guide to Men, 1922
Top

Who is that at the top? It almost looks like a young Zinedine Zidane, but I’m not familiar with the picture.

If you want to know the other references, i can explain them to you ^^.
Top

I love when you look at the small ones and see the symbol of some passionate community you know NOTHING about, with their own history and symbols.

An example I can give is the MCDM community. A D&D community started by a content creator called Matt Colville. He got well-known for making incredibly insightful videos giving advice for DMs, and his company (MCDM) now makes high-quality third-party content for the game.

They have a small space on the centre-left. Find Nelson Mandela on the South African flag, got a bit left until you see the NBC logo, then look up a little to see MCDM.

What I fucking love, though, is how such a small community managed to spread their symbol to others around them accidentally. A lot of the icons in that area are surrounded by a chain. A big thing MCDM did early on was a twitch livestream of their D&D game, which revolves around the mercenary company: The Chain of Acheron (often just called 'The Chain').

When they were making the symbol, they joked that they hired The Chain to protect them from attacks from their neighbours. Then, by sheer whim, lots of people around them started giving themselves The Chain, too. They had no idea, but they were protecting themselves with a D&D mercenary band

I only know that because I keep up with the MCDM community.
So when I look around at lots of symbols that I know literally nothing about, I can't help but wonder if there's some big backstory and symbolism I'm totally missing.