Complain or gush all you like - this is the place to do it.
34 posts

Once again you are having a go at me without understanding why i write what i write, i don't want people to tell me their problems, thats up to them to sort out for themselves, i don't mind if you need to belittle me, go ahead, makes no difference to my life.
Top

You have bad breath and a laughably small penis.
The follies which a man regrets the most in his life are those which he didn't commit when he had the opportunity. - Helen Rowland, A Guide to Men, 1922
Top

You asked me to explain these "Ideas", ok i will.

Most people suffer from either of the following, depression(sad about something), anxiety(too excited) or overwhelming head-spins(feels like you may pass out sometimes), often people don't konw what to do about it or they have trouble coping with it.

I read someone has trouble keeping friends, when you're talking with a friend, you don't always have to be doing something, you don't have to keep a conversation going just to keep the friend, thats where anxiety comes in, you are too excited about being around that person and you start to say silly things or stutter a bit or make a small noise and you're not sure why you made it, you don't need to "work" on a friendship, they just happen.

I'll explain some more in a while.
Top

Thats because once someone starts wondering "why" something is, that is the start of a brain block, thats a fourth problem actually(depression, anxiety, head spins, brain block), they might try to know without the proper information, like if i start to wonder why the sky is blue, i might think about it and think about it without getting anywhere, when i could just do some research into it and find out, if i can't find out, there's no point wondering about it and the answer may be stumbled on at a later date.

Someone said something cool to me once "take it in, though don't take it on", It's like turning your brain into a sponge again to soak up information, it may feel bad for a bit, though it's worth it.

Here is another metaphor you might not understand, i'm good at those aren't i.
a child is watching a movie and says to her mum "why did this happen and why did he do that?", Mum says "watch the movie and find out".
Top

Most people suffer from depression, (thanks for explaining what that is, by the way, even if your definition is wrong), anxiety (ditto), or head-spins? Do they? Most people? Are you sure about that?

Is there any reason why you think the posters on this board need horrifically mangled kindergarten psychology and/or the pseudo-philosophy of George Lucas? And that you're just the fella to deliver these unwanted goods? Because going by the responses your assumptions are garnering it would appear that you're wrong.
My only problem is that my penis won't fit into my pants and I can't close my wallet for fifties.

A child shits in his potty and proudly pronounces it chocolate. When all around him tell him that, no, it doesn't taste good, he weepingly tells them that they don't understand. See what I'm getting at? You're not our child and no-one here wants to toilet train you.

I can't be bothered with this any more. I'm beginnning to think it's a wind-up.
So, as simply as possible: you're being a tit. Knock it off. I'm outtie.
To Let
Top

You can't make me mad.
You're just mad because i used a child in an analogy and felt silly, get over it and look at what i'm trying to say.
I know what you're saying with the potty and chocolate thing, it is what it is, same thing i'm saying.
I've already thought of what people could say about me, leave if you want, I promise not to try and "brain wash" you.

Adam, I am trying to form an opinion of you but it’s hard because you didn’t make a Getting to Know You thread and there is not much in your profile. I really want to know how old you are and what you do for a living.

*yawn*
<Arc_Orion> And I give rides to dudes!
<kaiju01> Yeah, I'm kind of a dick.
<Hirschof>Long from now, when the Earth is charred and barren, the only things left on the surface will be cockroaches and the continuous bickering between Fuggle and Deacon.

<Deacon> I'm not, however, played by a homosexual child star.
Top 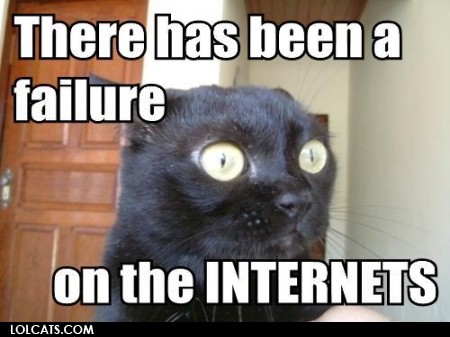 "Hirschof: So much more than a handy masturbatory image." -Rorschach
"I think Hirschof is neat." -Sophira

Rorschach wrote:My only problem is that my penis won't fit into my pants and I can't close my wallet for fifties.

I got 99 problems but a bitch ain't one.

Adam wrote:Here is another metaphor you might not understand, i'm good at those aren't i.
a child is watching a movie and says to her mum "why did this happen and why did he do that?", Mum says "watch the movie and find out".

Adam wrote:You can't make me mad.
You're just mad because i used a child in an analogy and felt silly, get over it and look at what i'm trying to say.

Rorschach was mad because you come off as smug and condescending and now seem to be goading people on.

While I much prefer the "successful troll" version, that wouldn't suit now would it?

"For AUS$300, you get FireAza drawing your screen image." -MartinBlank "Oh shit. For once, FireAza is right." -Deacon
"FireAza, if you're really that sneaky and quiet then you can sleep in my bed anytime, mister." -kizba
Top
34 posts